None of the cloths are currently on display but last Monday I was able to view them with the kind assistance of curators Helen Mears and Martin Pel. Due to the size of the cloths it was not possible to take full view photographs but I was able to get detail pictures that are worth sharing. In todays post I will focus on the most spectacular of the group, a cloth that Venice Lamb in her book Sierra Leone Weaving calls “one of the greatest of all West African cloths.” She publishes a full view in black and white, shown below, and for reasons that are not clear to me from the text, attributes it to a weaver of the Vai ethnic group. Its accession number is R3483.110h.

Click on the photos to enlarge. The cloth measures 12 foot x 4 foot 7inches (365cm x 104  ) and is woven entirely from hand spun cotton in white, indigo and brown (kola nut dye ?). It is notably for the densely worked and incredibly varied blocks of weft float patterning. It falls into the largest and most complex group of Sierra Leone cloths of a type called kpoikpoi (or kpokpo) and would have been displayed at important events rather than worn. 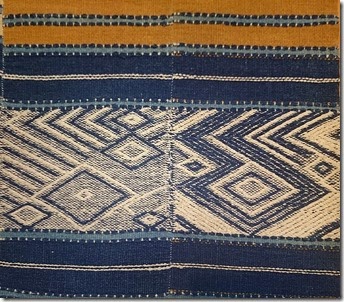 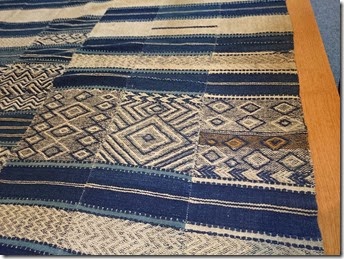 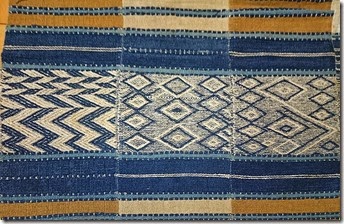 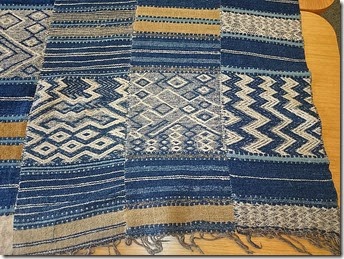 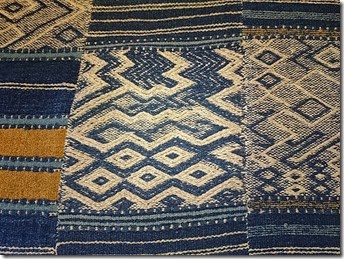 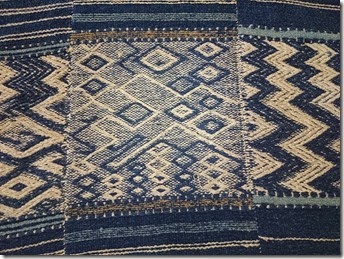 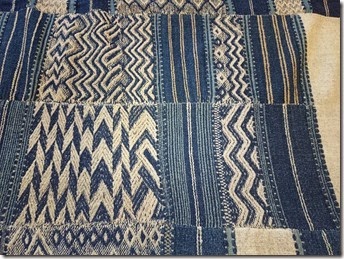 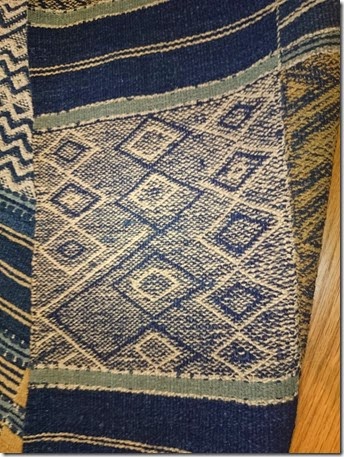 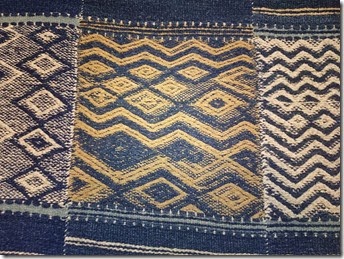