Cloth of the month: A Mende display cloth, Sierra Leone 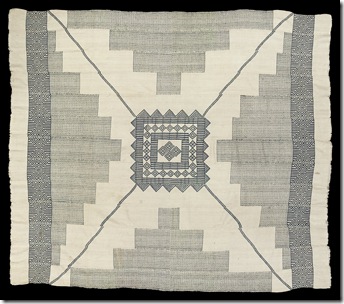 Prestige display cloth from the Mende people of Sierra Leone, first half of C20th. The almost square format suggests that this cloth was intended as a backdrop for an event, such as a chieftaincy ceremony or a Sande/Bundu society ‘graduation.’ Hand-spun indigo dyed cotton float weave patterning on a hand spun white cotton ground. The layout of this piece, with a central supplementary weft float pattern block joined by diagonal weft float patterns to each end of the border corresponds most closely to a cloth in the British Museum’s Beving collection (Af1934,0307.182 – see Lamb & Lamb, Sierra Leone Weaving, Roxford, 1984, page 106.) The Lamb’s identify this style of cloth as a subgroup of kpokpo called kula njawi (op.cit.) However the decorative technique used to create the “step” pattern on this example is very unusual – narrow weft stripes in indigo dyed cotton alternate with single rows of supplementary weft float. Although I have seen this combination on Nigerian and Ivoirian cloths I have not previously noted it on any from Sierra Leone. 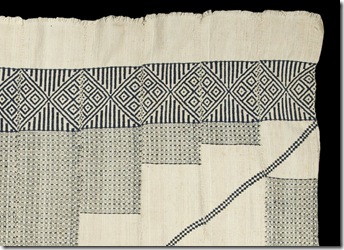 Old cloths from Sierra Leone are extremely hard to source as very many of the more elaborate examples such as this were the property of chiefs and other wealthy families whose homes were targeted during the civil war. Condition is excellent. Measurements: 83 ins x 70, 212 cm x 179. 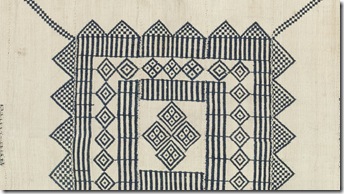 Click on the photos to enlarge. More information on our indigo cloth gallery here.

Posted by Duncan Clarke at 03:47 No comments: 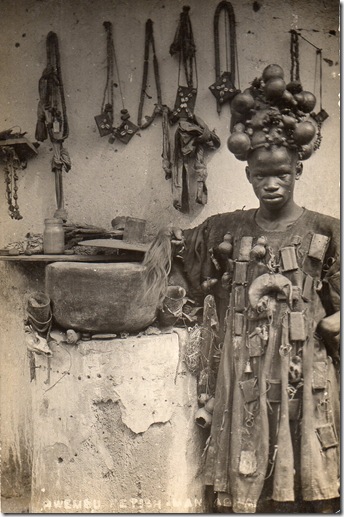 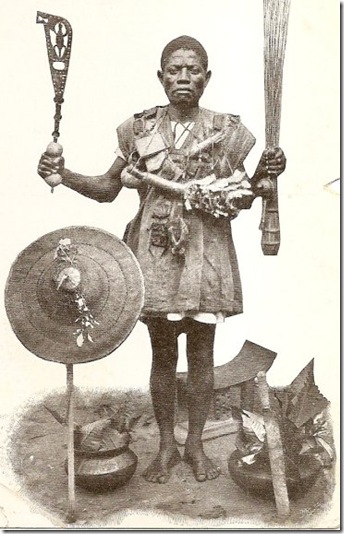 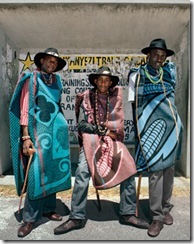 Textiles of southern and
eastern Africa

“The rich fabric of African printed and factory-woven textiles reflects changing times, fashions and tastes. From eastern to southern Africa, the social and historical significance of these beautiful and diverse materials are also reflected in the identities of those who wear them.

This exhibition takes a fresh look at the history, manufacture and continuing social significance of these textiles – the designs of which depict the convergence of African tastes and patronage with strong historical and contemporary trading ties from across the globe. The cultural and social significance of these textiles have also influenced some of the region’s foremost contemporary artists and photographers – including Georgia Papageorge, Karel Nel, Peterson Kamwathi and Araminta de Clermont.

These textiles – including kanga from Kenya and Tanzania, capulana from Mozambique, and shweshwe from southern Africa – mirror changing times, fashions and tastes. They provide a detailed chronology of the social, political, religious, emotional and sexual concerns of the (mainly) women who wear them. Their patterns and inscriptions also vary according to the age of the wearer and the context in which the cloth is worn. This unspoken language may be used to suggest thoughts and feelings which cannot be spoken. They are worn in secular and sacred contexts and play a central role in all of the major rite-of-passage ceremonies in women’s and, in some cases, men’s lives.

The exhibition contributes to the small but steadily growing body of research into these relatively neglected African textile traditions.”

Posted by Duncan Clarke at 22:40 No comments:

Lecture in London on February 19th. 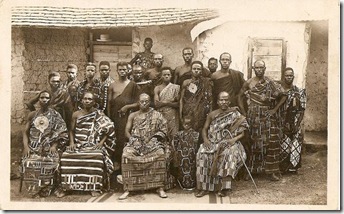 I will be giving a lecture “An introduction to West African Textiles” to the Oriental Rug and Textile Society here in London on 19th February. Details from their website:

“On Tuesday 19th February at 7pm Duncan Clarke will give the lecture “An Introduction to West African Textiles”
Duncan is a London based researcher and dealer in African textiles. He will bring textiles to show us.
He has published several books and articles on African textiles, including “The cloth from Bondoukou: textiles of the Ghana/Ivory Coast border” in HALI 157, 2008, “The Art of African Textiles” 2002, “African Art” 1997. He has a Ph.D on “Yoruba aso oke weaving” from SOAS.”