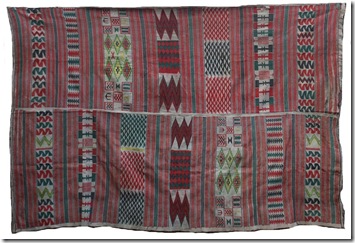 We are having a sale of old stock, with cloths from Nigeria, Ghana, Senegal, Ivory Coast, Burkina Faso etc. All pieces are priced at GBP50, US$85, or Euro 60 plus shipping. 10% additional discount if you buy 2 or more pieces from this group. Images are online here: Sale Gallery 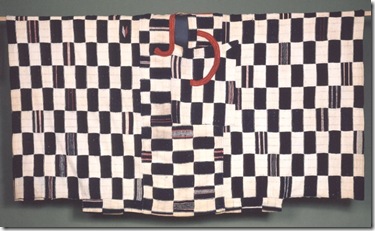 This rare Liberian robe acquired by the British Museum from Henry Christy in the 1860s (click on the photo for more details) is one highlight among many of what must surely be the world’s most comprehensive and important collection of West African robes. Already numbering several hundred items it was recently augmented by the purchase of the Heathcote collection from David Heathcote, the scholar of Hausa embroidery (search the database using his name in the “Provenance” field to bring up 390 items in this collection, including robes, hats, trousers, embroidery samples etc. ) Derived from north African prototypes these robes are historically linked to the spread of Islam throughout much of West Africa in the course of the 2nd millennium C.E. Together with the related crafts of embroidery and narrow strip loom weaving their distribution closely followed patterns of long distance trade that were dominated by Muslim members of such peoples as the Mande and Hausa. (The relationship between narrow strip weaving and Islam in West Africa is a complex one that I may address in a later post.) Called boubou in Francophone literature and tobe in early Anglophone travellers’ reports, these elaborate man’s gowns were much admired by European visitors to the region and many early examples have found their way to the British Museum. 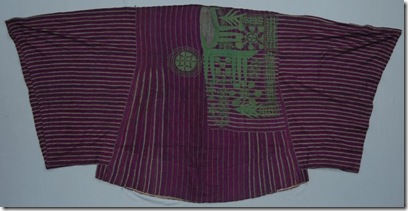 The best known regional style of robe tailoring and embroidery was the embroidered “riga” associated with the C19th Sokoto Caliphate in northern Nigeria although it had, and in modern versions still has, a much wider distribution as an important style of male prestige dress across a large area of West Africa. The example shown above was woven from magenta dyed waste silk (alharini in Hausa, alaari in Yoruba) from the trans-Saharan trade and was part of the late C19th Beving collection. It retains an early label reading: 'Gown made from strips woven on a narrow loom with European waste silk yarns. Embroidered round neck with green European thread. Lined throughout with strips of native woven cloth of indigo and white yarns and around the hem with native woven cloths of grey waste silk yarns.' Throughout the Hausa, Nupe and Yoruba regions of Nigeria magenta silk formed a key component of a triumvirate of prestige fabrics along with beige local wild silk (Hausa tsamiya, Yoruba sanyan) and a fine indigo dyed check or plaid (Hausa saki, Yoruba etu.) Among the many early examples in the British Museum collection the three saki robes below show increasing degrees of elaboration in the classic Nigerian embroidery design known as “eight knives” (Hausa aska takwas.) [click on photos to go to the object records.] 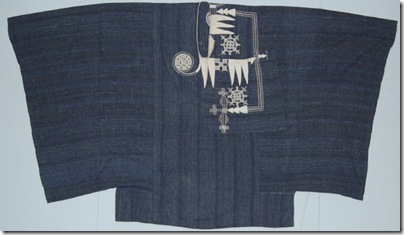 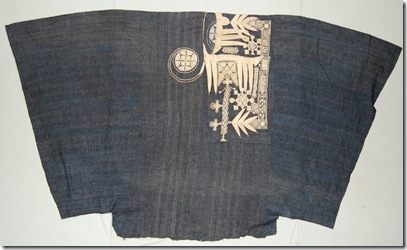 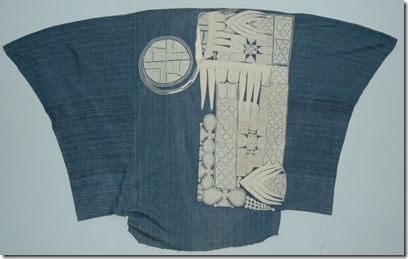 The British Museum collection is also rich in more rare robe styles, several examples of which we show below. 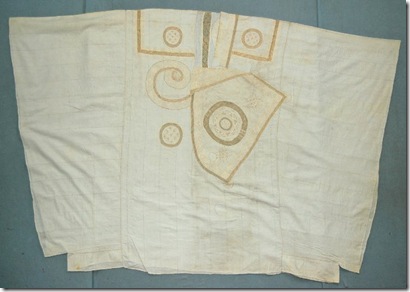 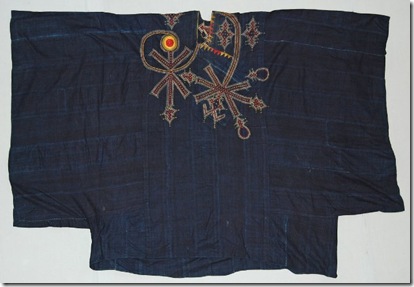 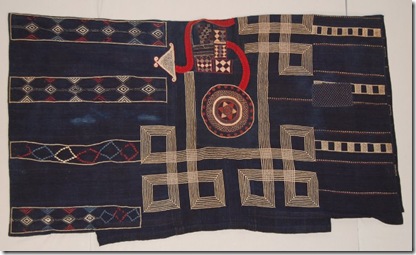 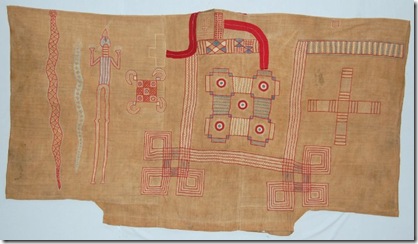 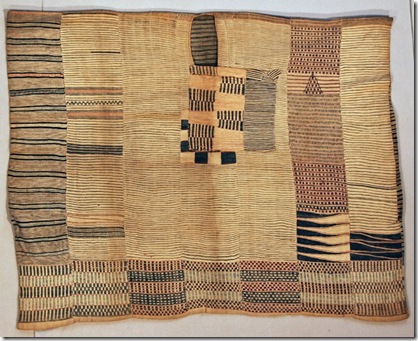 Heathcote, D. "Aspects of Embroidery in Nigeria" in Picton,J. ed. The Art of African Textiles (1995) -see bibliography for Heathcot's numerous other articles on Hausa embroidery.

To see our some of our current stock, which primarily consists of early Nigerian robes, click here.