As part of the exhibition “The Wonders of Africa: African Art from Italian Collections” that opens today at the Palazzo Ducale, Genoa, sixteen exceptional Fante Asafo flags will be on display until 5 June 2011. Drawn from an important private collection, this selection highlights the artistry of Fante flagmakers working in the first half of the twentieth century. Please do not reproduce the images below without permission. 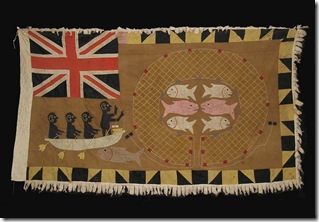 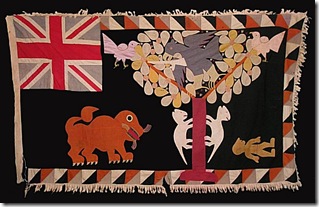 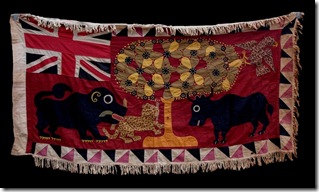 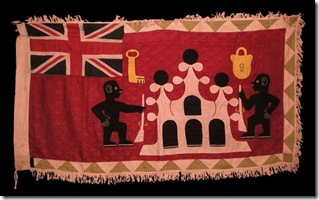 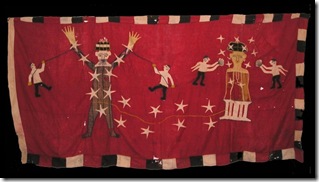 There is an excellent publication “Asafo” by Federico Carmignani that illustrates the collection and introduces new research. Text is in English and Italian. Available from the publishers here. 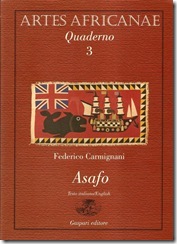 If you are interested in collecting Asafo flags please take a look at my earlier post on real and fake flags here and the selection in our gallery here.

Posted by Duncan Clarke at 00:17 No comments:

To mark the current ceremonies for the 350th anniversary of Saint-Louis, Senegal, I am looking today at one of my favourite types of West African textile, the intricate resist-dyed indigo shawls that were once a speciality of Wolof women in Saint-Louis.

Since the late C16th Portuguese settlers on the Cape Verde archipelago organised enslaved weavers from the Guinea coast to produce strip woven cotton textiles that were a vital commodity in the trading strategies of Portuguese trading posts along the West African coast. The most complex of these panos (pagne, cloths) had designs inspired by Hispano-Moorish textiles from the Iberian peninsular adapted to the narrow-strip weaving tradition of West Africa. They were the design forbearers of the Mandjak weaving tradition noted in the previous post. Most of the published literature on these textiles is in Portuguese but there is an important recent article by Carlos F. Liberato “Money, Cloth-Currency, Monopoly, and Slave Trade in the rivers of Guine and the Cape Verde Islands, 1755-77,” online here

The Senegalese indigo dyed cloths we are looking at here seem to have developed from attempts, perhaps in the nineteenth century or even earlier, to replicate these complex and expensive woven design using a cheaper embroidery resist technique. drawing on long established traditions of more simple tie dyed cloth patterning in the Senegambia area. Imported cotton cloth, often cut up into narrow strips for patterning, or with patterns that echoed the narrow strip designs, were embroidered by hand with intricate motifs. The cloth was then dyed in indigo, and as a final stage, the embroidered motifs cut away with a razor blade or sharp knife, to leave white designs on a blue ground.

The result of this laborious and painstaking work were some of the most beautiful of West African textiles.

Below are a series of early C20th images from vintage postcards that show the cloths in use…..

Posted by Duncan Clarke at 04:17 No comments: 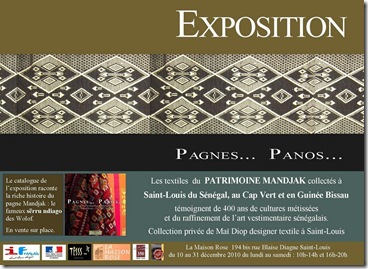 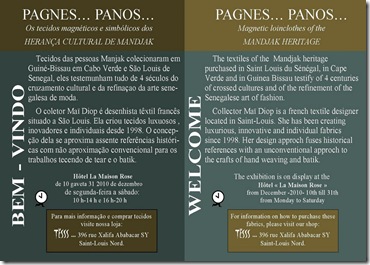 Posted by Duncan Clarke at 23:42 No comments: