Very interesting article.....
Posted by Duncan Clarke at 12:50 No comments: 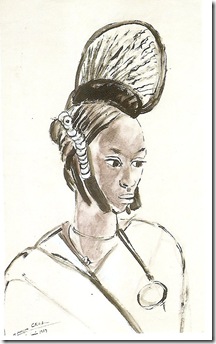 Monique Cras (1910-2007) is one of my favourite artists of the French and Belgian Africaniste school, notable for her sensitive studies of both men and women in French colonial Africa. I will post a larger group of images of her work soon. Click on images to enlarge. 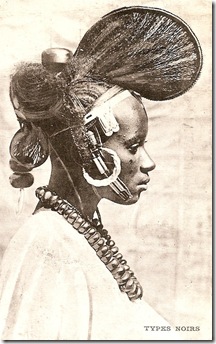 Posted by Duncan Clarke at 12:26 No comments: 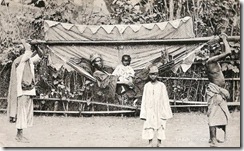 Kuba: some early textiles and photographs 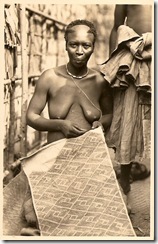 In this post, to mark the on-going Kuba textile exhibition at the Textile Museum, Washington, we will look at some fine images of textile production and use among the Kuba, plus a couple of cloths from notable early collections. These photographs were taken by the Polish photographer Casimir Zagourski (1883-1944, )who lived in Leopoldville, in the then Belgian Congo, from 1924 until his death. They form part of a large series of images that Zagourski distributed in the 1930s as postcards and complete albums under the title L’Afrique qui disparait. These were published in a book Lost Africa by Pierre Loos (Skira, 2001). For more information on Zagourski see C. Geary, In and Out of Focus: Images from Central Africa 1885-1960 (National Museum of African Art, 2002).  Click on any image to enlarge. 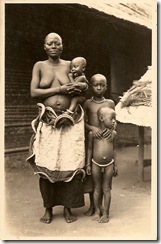 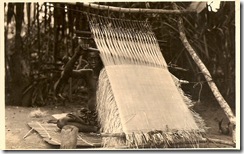 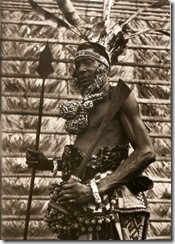 The earliest foreign visitor who was able to reach the capital of the Kuba kingdom was the African American missionary William H. Sheppard, in 1892. The large collection of artefacts he assembled, including the cut pile embroidered panel below, is now in Hampton University Museum, VA and is the most important source of information on Kuba material culture in the late C19th. See the Center for African Art catalogue Art/Artifact (1988) for more details.

The next important visitor to document the Kuba kingdom and its neighbours was the Hungarian ethnographer Emil Torday (1875-1931.) Torday’s extensive collections of Kuba and related objects gathered between 1900-1909 are now in the British Museum, London, and the MRAC, Tervuren, Belgium. For more information see John Mack, Emil Torday and the Art of the Congo 1900-1909 (British Museum Press, 1990). For some of Torday’s own photographs and an article see here. Torday collected the panel below which is now in the British Museum (Af1979,01.2675.)

Posted by Duncan Clarke at 04:22 No comments: 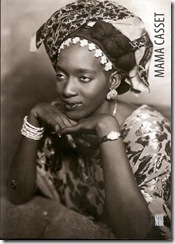 “African Studio: The photographs of Mama Casset (1908-1992) reflect a privileged moment for Senegal. They capture a bourgeoisie still distinguished by showy splendour where each detail was a mark of elegance…..” 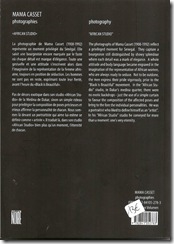 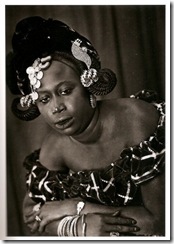 Posted by Duncan Clarke at 00:02 No comments: 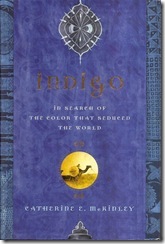 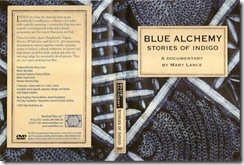 Posted by Duncan Clarke at 04:01 No comments: