AS472 - In some Yoruba families early cloths were carefully preserved and handed on between each generation of women as family heirlooms. This piece is another rare example of the classic style of nineteenth century Yoruba aso oke cloth that involved the alternation of a simple warp striped strip with a second design in which supplementary weft float motifs are laid out on a fine blue and white checked background. In an early example such as this the magenta silk thread alaari from the trans-Saharan caravan trade is combined with local hand spun indigo dyed cotton. In the majority of examples, including some shown on this gallery, the weft float designs are geometric as very few figurative motifs are known from the C19th. 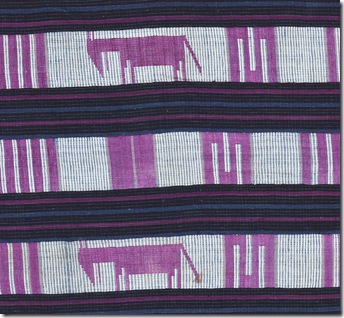 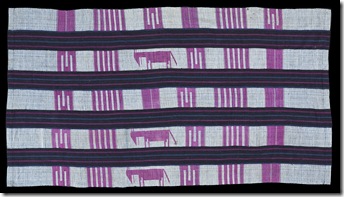 This exceptional piece has motifs depicting oxen. I know of only one similar cloth with animal imagery, in the Beving collection at the British Museum, shown below. 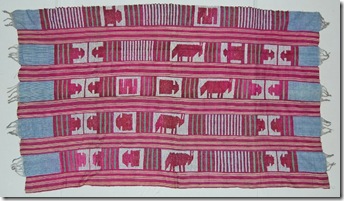 For more details on our cloth please visit our gallery here.