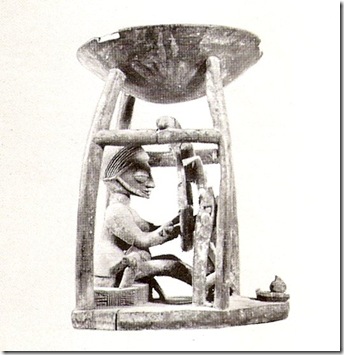 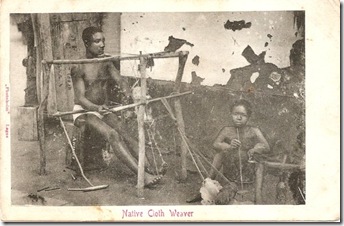 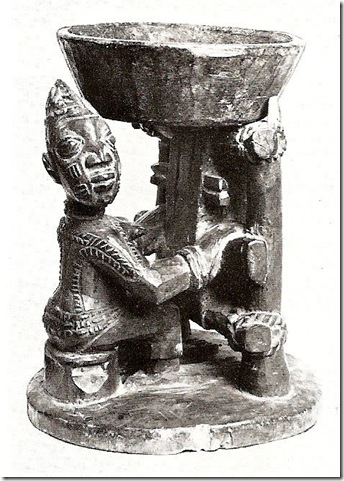 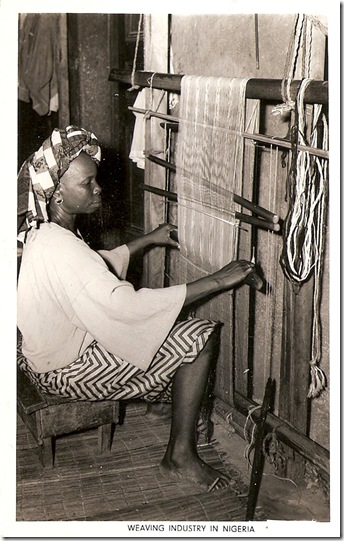 Depictions of weaving, or indeed of other artistry, in African sculpture are quite unusual, and these are the only two Yoruba examples that I know. Both objects are opon ifa, small bowls approximately 10 inches high, that were used by a Yoruba ifa diviner or babalawo as a prestige receptacle for the sixteen palm nuts he cast in reaching a divination. The male strip weaver was shown in a gallery advert in African Arts magazine in the early 1970s and its present location is unknown, the woman weaving on the single heddle loom is in the Ethnographic Museum in Berlin.