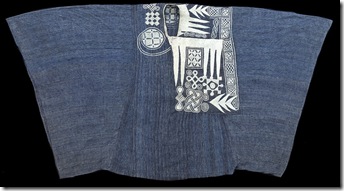 Flowing wide sleeved robes, usually decorated with embroidery, became one of the predominant forms of male prestige dress worn by chiefs and other wealthy men across a large part of West Africa from at least the Sixteenth Century. Their distribution owes much to the diffusion of Islam along key trade routes, although not everyone who wore them was a Muslim. There were a number of mainly quite rare local variants but the predominant type was associated particularly with the C19th Sokoto Caliphate centred on northern Nigeria and primarily the product of Hausa, Nupe and Oyo Yoruba textile workers (cotton spinners, dyers, weavers, tailors, embroiderers, beaters.) The Hausa name for these robes is riga, while among the Yoruba they were called agbada. It is usually not possible to attribute a specific ethnic origin to this type of robe on stylistic grounds alone. Although today they are often still made from hand-woven cloth, the painstaking and beautiful hand embroidery that was used in the past is very rarely seen. Fine old robes have become family heirlooms passed on from father to son and worn with pride at major celebrations. 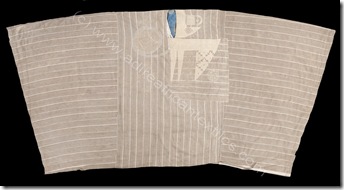 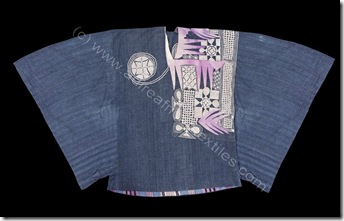 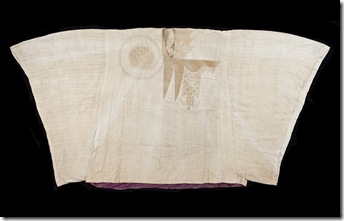 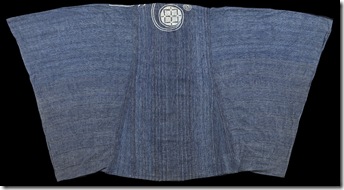 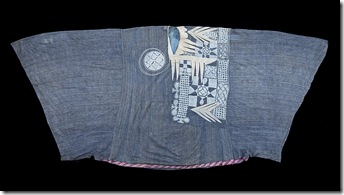 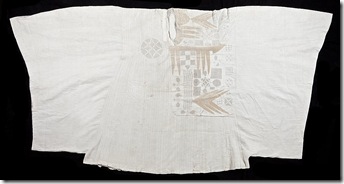 For descriptions, details etcetera of all these robes please visit our updated gallery here.