Two views of our shop…

We moved about six months back into a larger unit within Alfies Antique Market. I’m finally happy with the layout after a series of mostly quite minor re-arrangements and will post photos soon. In the meantime here are two recent images from the Alfies Market Pinterest page. 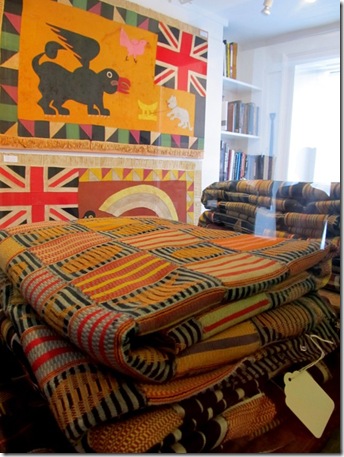 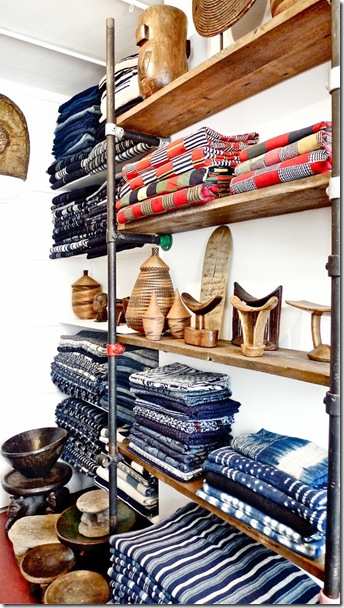 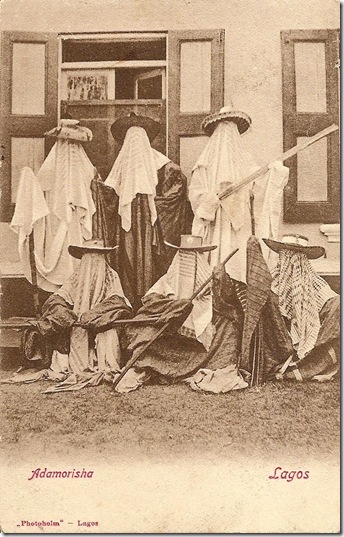 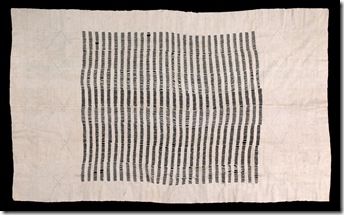 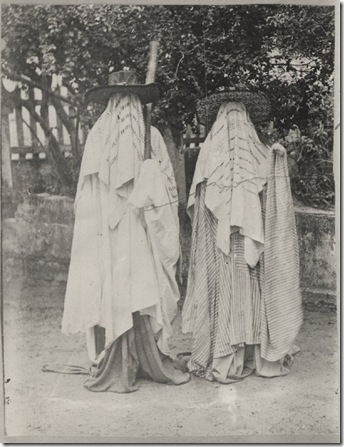 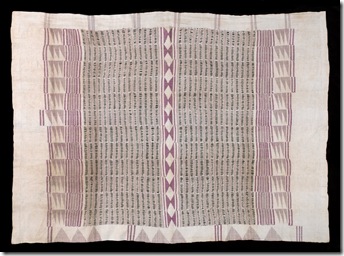 Eyo or Adamorisha, is the signature masquerade performance of Lagos island, still enacted as an annual festival event. Today the performers wear imported white lace robes and veils but images from the early colonial era , above, show a combination of agbada gowns in various colours with locally woven openwork aso oke cloths similar to the two now very rare C19th examples shown above. We can imagine the performers borrowing women’s shawls from wives or mothers for this purpose, and that there participation in the spiritually charged performance added an additional layer of meaning to the textiles.

For more details on the shawls please visit out Nigerian men’s weaving gallery here. For robes see our agbada gallery.

The second masquerade picture above is in the British Museum, ref Af,A51.75. Other images authors collection.

Posted by Duncan Clarke at 06:05 No comments: 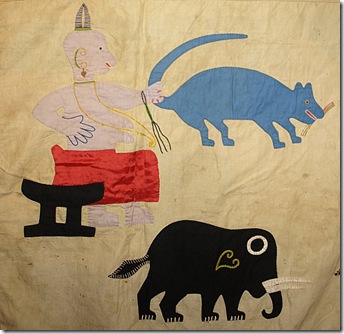 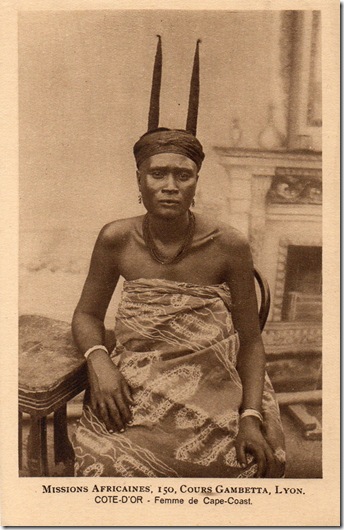 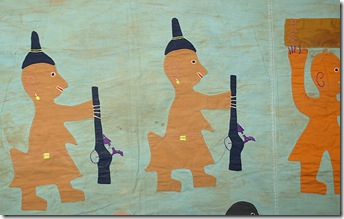 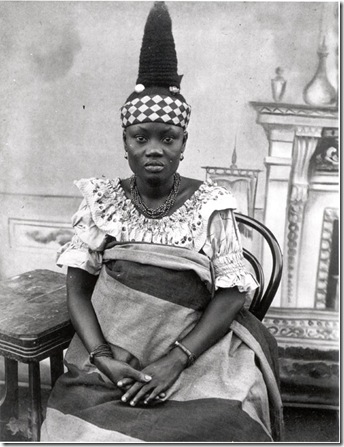 Today’s post marks an update to our gallery of Fanti Asafo flags from Ghana with a focus on two of the remarkable women’s hair styles of the region.  [The first three images are from our collection, the fourth courtesy of the Smithsonian Eliot Elisofon archive. ]

Here are the complete flags: 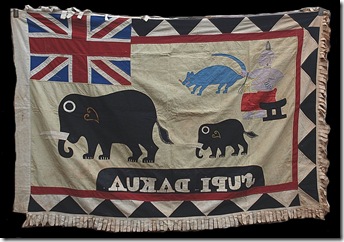 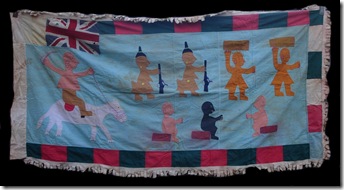 “We Face Forward”–Contemporary Art and textiles in Manchester 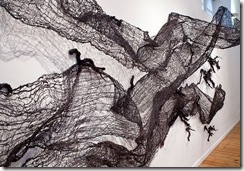 “We Face Forward is an exhibition of contemporary art from West Africa, shown across three venues: Manchester Art Gallery, Whitworth Art Gallery and the Gallery of Costume, Platt Hall. It features painting, photography, textiles, sculpture, video and sound work from 32 artists from 9 countries in West Africa. Recent art, much of which has never been shown in the UK before, is shown alongside new commissions made especially for Manchester.

The idea for this exhibition grew from the many West African textiles in Manchester galleries; evidence of the historic links between West Africa and Manchester from the trans-Atlantic slave trade to the hosting of the Pan-African Congress in 1945. These links are also reflected today in the many people of West African descent who are Mancunians.

In 1960, Ghana’s first president, Kwame Nkrumah said “We face neither East nor West: we face forward” stating his resistance to Cold War super powers. The exhibition takes its direction from Nkrumah’s statement of independence and celebrates the dynamism and creativity of West African artists today. We Face Forward also highlights the pressing global concerns present in the work of these artists: matters of economic and cultural exchange, environment and sustainability and the place of tradition in contemporary culture. The emblem of the exhibition is a new artwork designed by Meschac Gaba. His flag, which flies at each venue, is entitled Ensemble and combines all the West African nations with the Union Jack in a gesture of solidarity and friendship.

Works shown at the Whitworth include a major new commission by Pascale Marthine Tayou, entitled The World Falls Apart, an interior forest populated by masks and sculptures, that spills out into the neighbouring park. Romuald Hazoumè’s films and sculpture highlight the local impact of consumerism and globalisation, and Amadou Sanogo’s paintings are inspired by the international news. In contrast, the contemplative black and white photography of Nii Obodai is a personal journey of rediscovery of his home country of Ghana, and Bartélémy Toguo’s watercolour expresses intimate human experiences. Georges Adéagbo traces cultural and historical resonances across continents, while Victoria Udondian weaves textiles combining materials sourced in Manchester and Nigeria. Lucy Azubuike’s collages and François-Xavier Gbré’s photographs document the creative forces of change.

The Whitworth also hosts an outpost of the Raw Materials Company, a centre for art, knowledge and society in Dakar, Senegal. A talk, screening or other event takes place in this space every Saturday afternoon.

At the Gallery of Costume, photographs by Malick Sidibé, Abderramane Sakaly, Soungalo Malé and Hamidou Maiga are being shown alongside contemporary fashion pieces designed by British-Nigerian designer Duro Olowu. All four photographers’ works show how Mali re-envisioned the idea of the studio portrait in the second half of the twentieth century, giving a West African twist to the art form. Olowu has achieved great recognition in the world of fashion, winning New Designer of the Year at the British Fashion Awards in 2005. He references his African heritage in vibrant, bold, graphic prints, exotic colours and patchwork techniques.”