As fashion week rolls around once again certain types of African textile are very visible and ‘all things’ Africa seem once more to be in vogue. For a look at these developments that goes beyond the usual superficial celebration see:

African Nostalgia: Between Authenticity and Fad 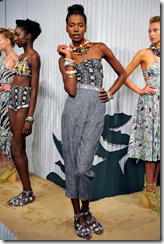 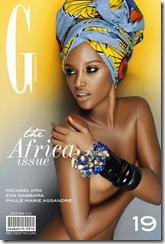 Posted by Duncan Clarke at 01:32 No comments:

Mumuye Weaving: to Zing in search of langtang

The Mumuye people live south of the Benue river in a remote hilly region of Taraba and Adamawa states in eastern Nigeria, close to the border with Cameroun. They are well known to African art lovers as the source of some remarkable schematic wood sculptures. They are also, following research by Venice Lamb in the 1970s, noted in the literature on African textiles as practitioners of an archaic form of weaving known as the “ground loom.” (Lamb & Holmes, Nigerian Weaving, 1980:141)

Variants of this ancient loom were used by nomadic Berber women in North Africa to weave woollen strips to form tents, and by some women in Madagascar but in West Africa its use was by the C20th confined to the mountains of north west Cameroun and to the Mumuye and perhaps also a few of the Tiv peoples in Nigeria.

Last month I took advantage of a lengthier than usual visit to Nigeria to investigate whether Mumuye men were still weaving using this technique and if possible to witness the loom in action. After a two day drive east across the so-called Middle Belt of the country we reached Yola, the capital of Adamawa state. The following day we set off early and when we arrived at the small town of Zing were lucky enough to have got there on the day of the weekly market.

Under a shade tree in a quiet corner of the market were a group of weavers sitting behind the rolled up bundles of cloth, exactly as Lamb had described almost 40 years earlier.

The weavers each had two or three rolled up bundles of cloth on the ground at their feet. Prospective buyers inspected the cloths carefully, unrolling the long strips of fabric across the open space in front of the vendors. Each cloth is made up of a single strip almost 6 metres in length of handspun local cotton, so loosely woven that it was almost like a net but given weight by the thickness of the fibres used. Most were about 40cm wide with a simple combination of broad warp and weft stripes in a few shades of black and brown. A few were narrower, with a 30cm width, and these had an even simpler pattern of a few narrow warp stripes close to each selvedge (edge.) This basic homespun cloth, called langtang, is the only output of Mumuye weavers. Although it is sometimes cut up and sewn together to form a wrapper cloth worn for local dance costumes, the primary use of langtang, and the reason for the continued survival of this form of textile is as a vital component of funerary rites. Each adult in a Mumuye community is obliged to contribute a strip of langtang whenever a funeral takes place. Some are used to form a shroud, while others may be retained by the family for future use.

The following day a 45 minute motorbike ride from a checkpoint on the road about 10km outside Zing brought us to meet one of the weavers at his family compound in a hilly area called Dansa Bargar.

Under a tree at the edge of the compound the permanent frame of the loom consisted only of four wooden stakes set in two pairs about 6 metres apart. The working parts including the partly woven strip of cloth were brought out from a house and setup within a few minutes.

The warp threads are simple tied to two sticks that can be braced behind the pairs of uprights forming the loom frame at each end, with sufficient tension to hold it in place about 20cm off the ground.

Small wooden tripods at either side of the warp support the single floating heddle – a pair of sticks from which loops of thick yarn leash alternate warp threads. The weaver sits astride the already woven section of cloth. Lifting the heddle forms the shed (gap between the two sets of warps) through which he passes the weft thread. Together with a larger crossbar and a flat swordstick he then creates a countershed (raising the unleashed alternate warps) to pass back the weft. The seated weaver moves along the warp as weaving progresses.

The cotton used to weave this cloth is grown among the corn and other crops surrounding the compound, carded by the women of the family, and spun by both men and women. Local plant and earth based dyes, including indigo, are used to create the limited range of colours needed.

[Thanks are due to the weaver, Mr Abubakar Sahadu, to our two impromptu local guides, David and “the Honourable Daudu” and to Charles Osobu for his driving and company throughout the trip.]