Exhibition: Woven Identities–African Textiles and Photography from the Weickmann and Walther Collections. 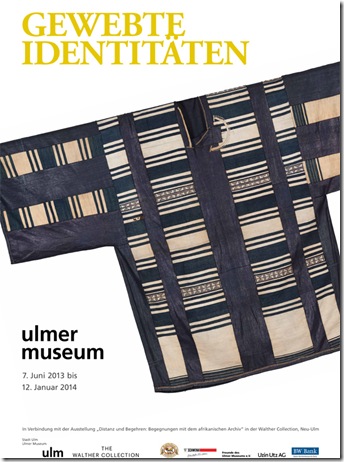 “Drawing on contemporary research on West African cotton clothing by the American historian Dr. Collen E. Kriger, the Ulm Museum will present a new view of its world-renowned collection of African clothes in a special exhibition. In dialogue with African photographs from the Neu-Ulm Walther Collection, the significance and tradition of African textiles in history and today will be reconsidered. Contemporary photographs by African artists showing men and women who express their identity through their clothing demonstrate the significance of dress across the centuries.”

The highlight of this exhibition for African textile enthusiasts will be an opportunity to view the two oldest surviving West African garments, the two well known robes that were part of the cabinet of curiosities of Ulm resident Christoph Weickmann before 1659.

Tunic #1 front and back views: 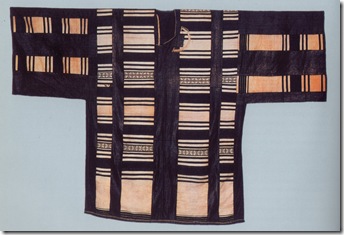 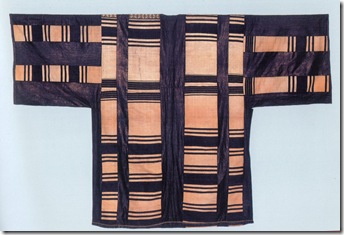 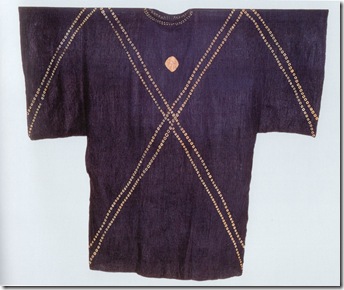 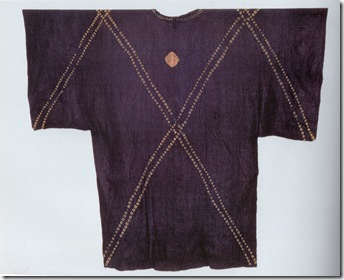 The two robes were bought in the port kingdom of Allada, close to the present day border between Togo and the Repubic of Benin. They have been published and discussed numerous times, most extensively and thoroughly by Bernhard Gardi in his book Le Boubou c’est Chic (Editions Christoph Merian, 2000) from which the photos above are taken. Gardi’s important article will be re-printed in the exhibition catalogue. He notes that there are both similarities with and important differences from later robes from the West African area, and argues, convincingly in my view, that they were most likely to have been brought to the coast directly or indirectly via trade with people from Mali. As such we can note that they were likely to have been exotic and prestigious imports in Allada as well as in C17th Germany.