A Rare Chief’s Robe at the Indianapolis Museum of Art 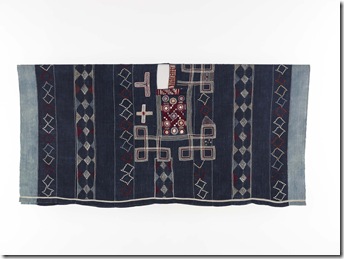 For serious lovers of African textiles the most exciting exhibit of the current show Majestic African Textiles at the Indianapolis Museum of Art (see earlier post here for details)  will be the chance to view this extremely rare robe. At the time of his important survey catalogue Le Boubou C’est Chic (Editions Christoph Merian/Museum der Kulturen, Basel 2000) Bernhard Gardi noted that only 23 robes in this style were known in collections worldwide. Gardi observes that very little is known about the production and use of this style of robe, which he calls “boubous Manding.” He suggests they were made somewhere in the interior of Liberia and/or Sierra Leone where people of Mande origin descended from migrants from Mali were in the majority. 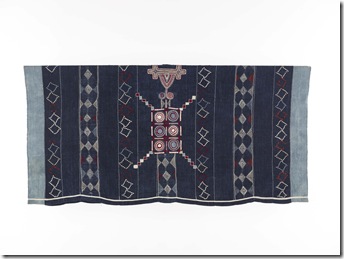 This superb example in Indianapolis can now be added to the small corpus. It’s accession details are:  “Mende people; Sierra Leone, Liberia. royal robe, early 1900s, cotton, wool. Gift of Mr. and Mrs. Harrison Eiteljorg. 1989.808”  I would suggest it is in fact more likely to be made in the nineteenth century. 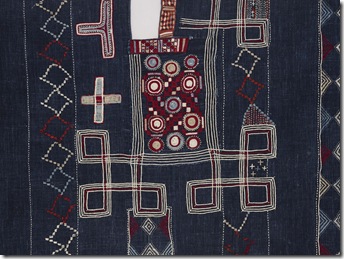 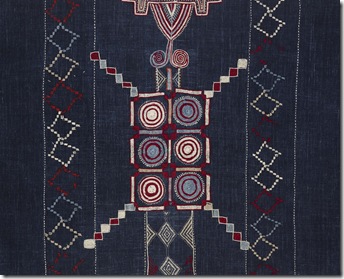 All photos are copyright Indianapolis Museum of Art, with thanks to Niloo Paydar. Click on the photos to enlarge. 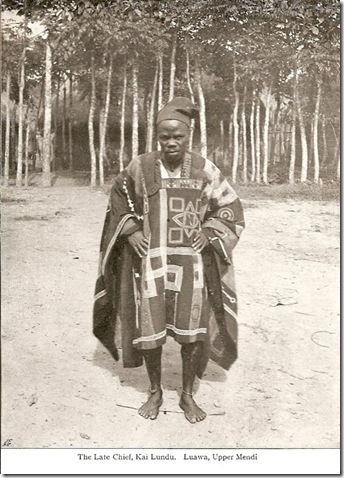 Chief Kai Lunda of Luawa Country, Upper Mendi, circa 1893. He was chief of an area on the border between Sierra Leone, Liberia, and Guinea. Vintage postcard, authors collection.