None of the cloths are currently on display but last month I was able to view them with the kind assistance of curators Helen Mears and Martin Pel. Due to the size of the cloths it was not possible to take full view photographs but I was able to get detail pictures that are worth sharing. The three textiles shown here are all display hangings, long and elaborate cloths that would have served as a backdrop for important village events and enhanced the status of the family and chieftaincy that owned them. All three owe a debt to historical links between Mali and Sierra Leone, both in the underlying structure of a blue and white checkerboard layout and in the use of tapestry weave patterning. All are woven from hand spun cotton. 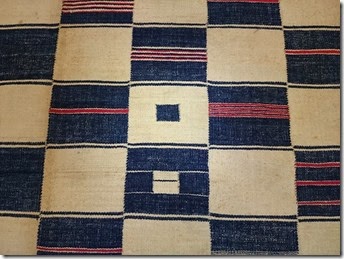 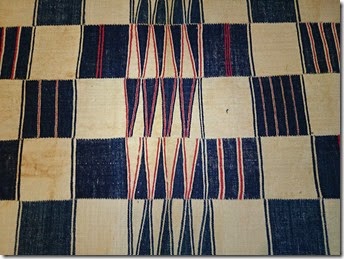 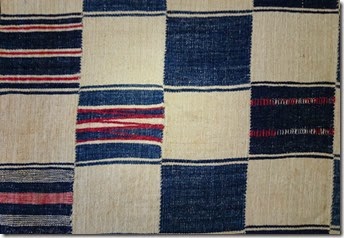 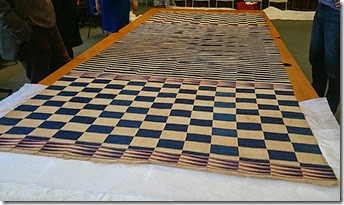 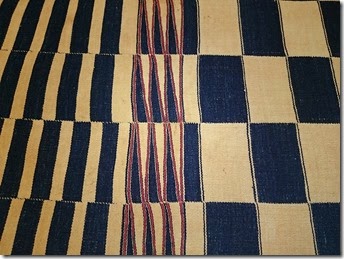 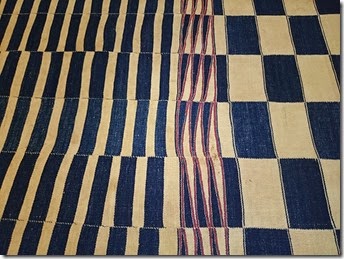 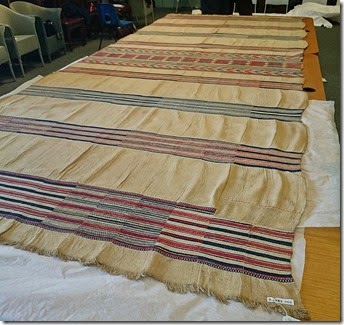 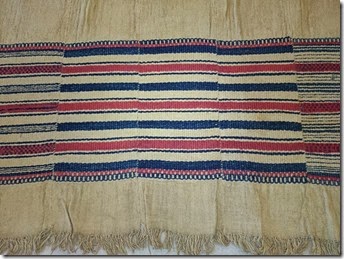 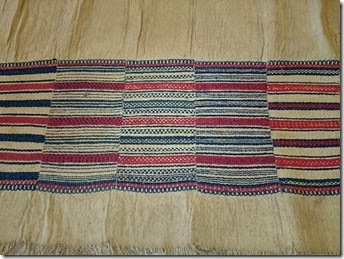 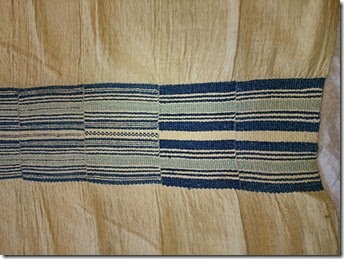 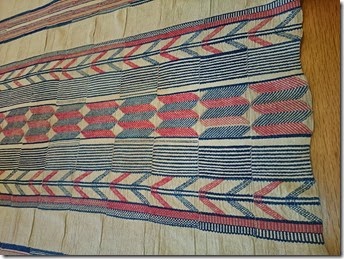 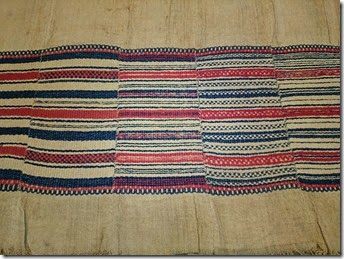