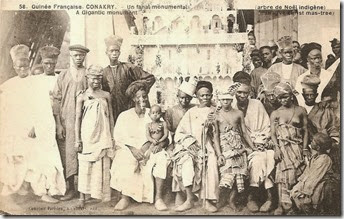 Since at least the end of the nineteenth century the Christmas and New Year holidays in Conakry, St Louis and other cities of Francophone West Africa have been marked by a festival and parade during which families and “quarters” would vie with each other to display the most elaborate and innovative “fanal.” A fanal was a wooden frame covered with paper, often in the shape of a boat, or, as in the image above, a fantasy building.  It is this fanal that the caption of the card identifies as “a native Christmas tree.” Candles or other lights were placed within the fanal for night time parades, giving them the name “lanterns” when the custom spread to English speaking Freetown by the 1930s. 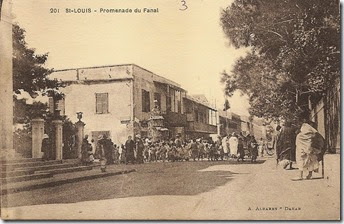 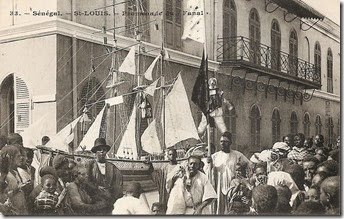 Vintage postcards, circa 1900-20, author’s collection. Photographers unknown. Click on the photos to enlarge.