African Textiles in Close Up #3: an iconic Ewe cloth. 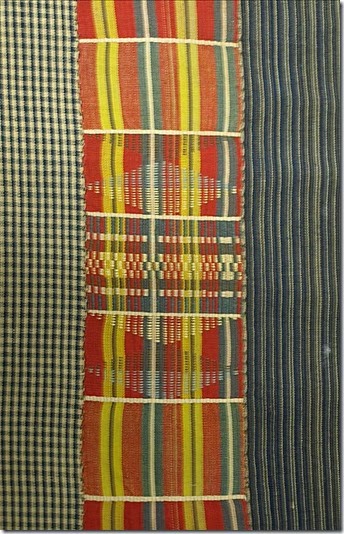 One of the highlights of my visit to the British Museum’s textile store at Blyth House a few months back was the opportunity to handle and examine one of the most important and well known of the Ewe kente cloths in the museum collection. This cotton and silk Ewe cloth [British Museum number Af1934,0307.165 ] is the most elaborate of a group apparently assembled at the Ewe coastal town of Keta [then called Quittah by European sources] in the later decades of the nineteenth century by the Anglo-German merchant Charles Beving and donated to the museum in 1934. 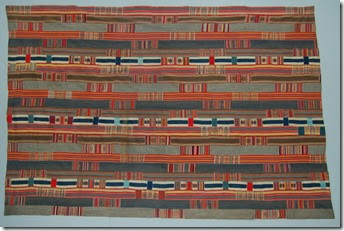 It was published, among other places, on the cover of the Metropolitan Museum’s exhibition catalogue The Essential Art of African Textiles (Alisa LaGamma and Christine Giuntini, 2009.)  Taking the cloth as a whole we can note the irregular, so-called “offbeat” arrangement of pattern blocks that seems to be a feature of the layout some early Ewe and Asante kente cloths that would be abandoned in the twentieth century in favour of more ordered design arrangements (however we should also note that other nineteenth century kente already observe these ordered layouts so there was no simple direction of change.)  Here though my interest is not with the overall layout but with the pattern blocks, in which three weft-faced bands frame two warp faced sections , decorated in most cases with supplementary weft float motifs. 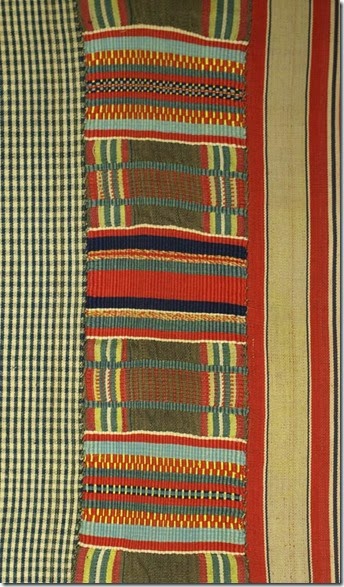 These float motifs are simple geometric patterns rather than the more elaborate figurative designs found on some Ewe kente. In this post we show twenty of these pattern blocks in which a master weavers explores the variations made possible within quite simple technical parameters. Note the use of plied thread of two colours (yellow and red) in some weft-faced stripes below. 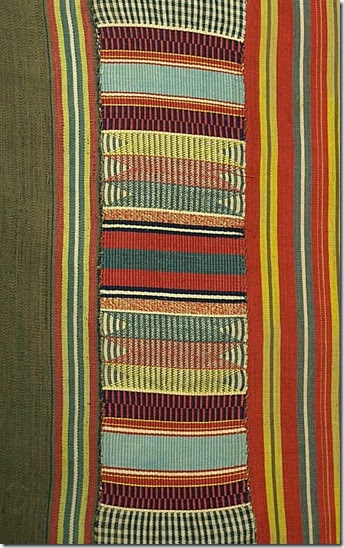 In the pattern below the weaver also uses weft stripes in the warp faced areas (as opposed to weft-faced stripes.) 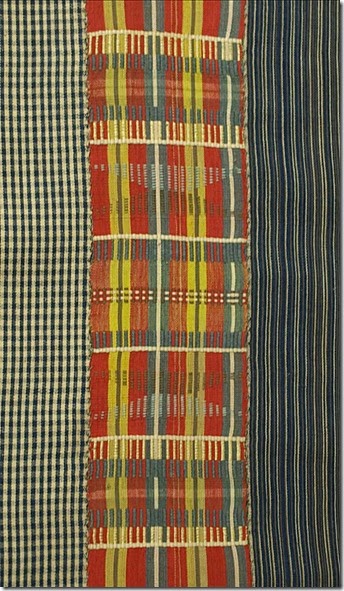 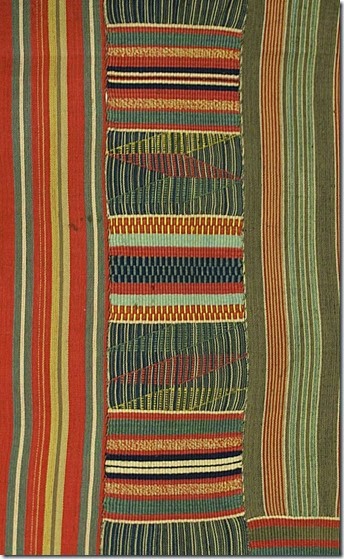 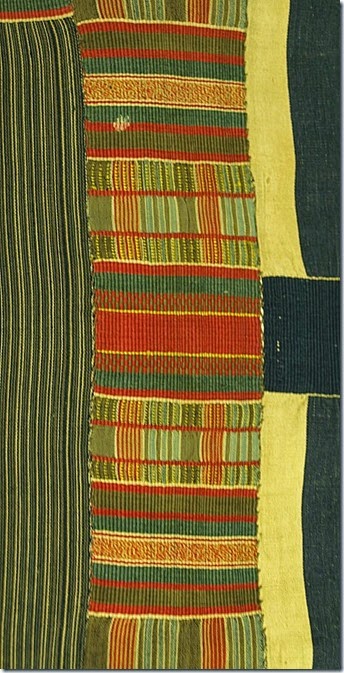 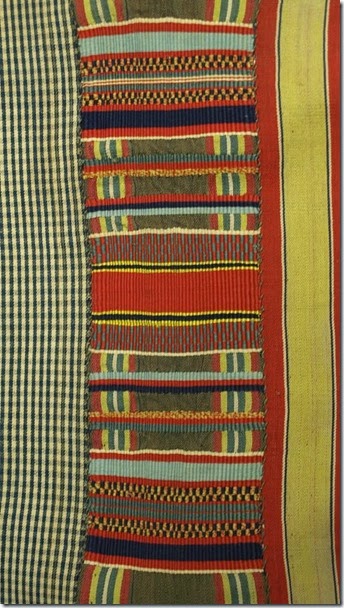 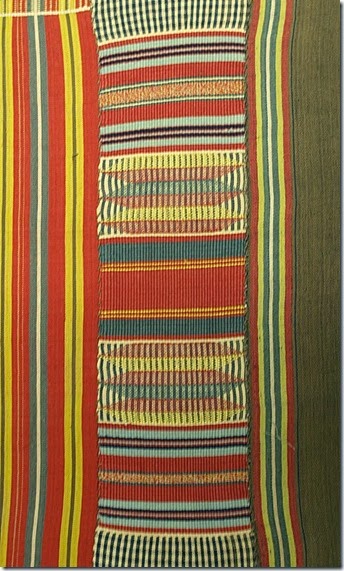 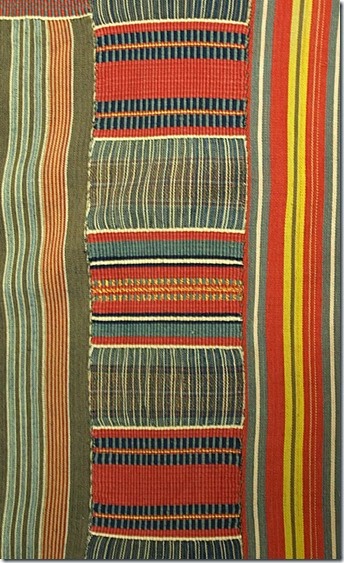 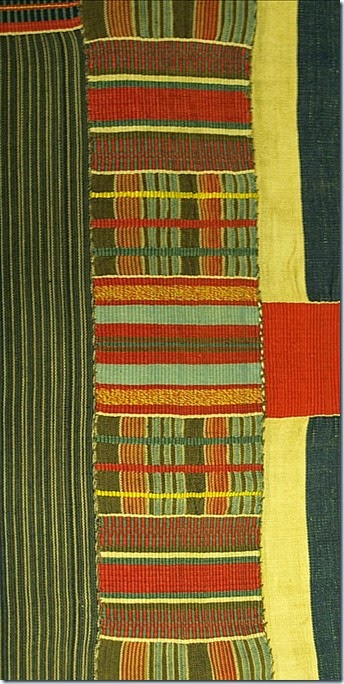 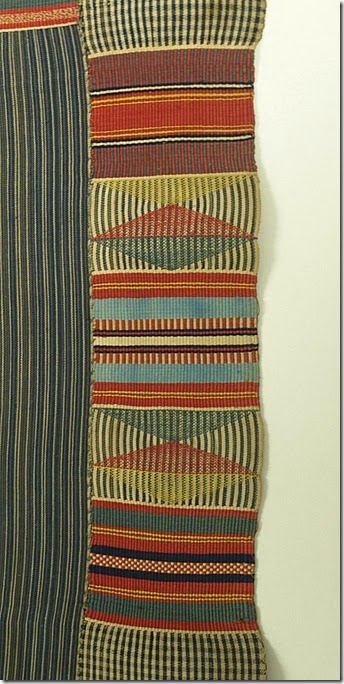 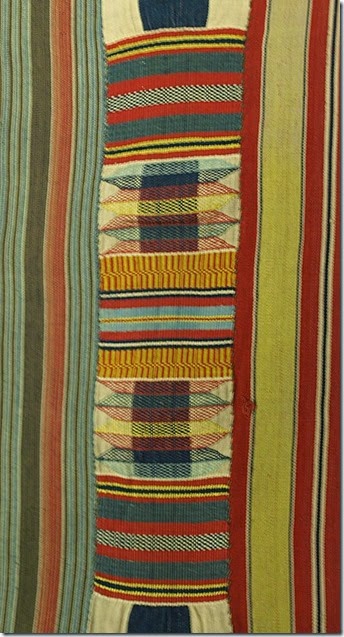 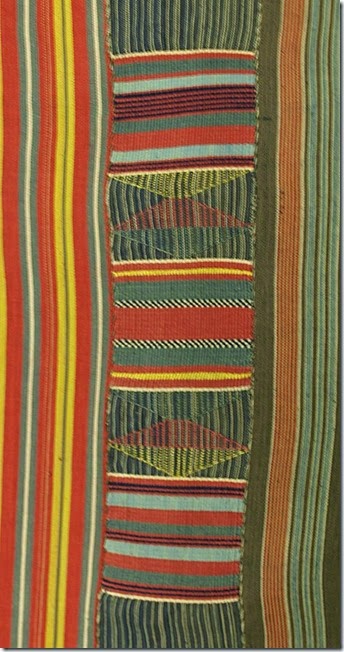 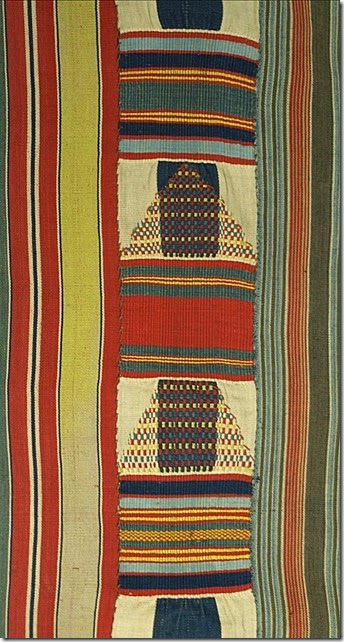 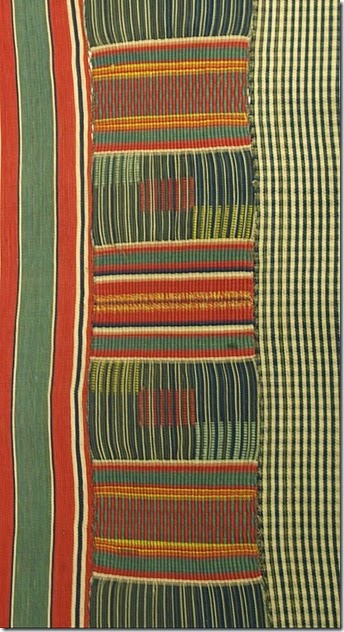 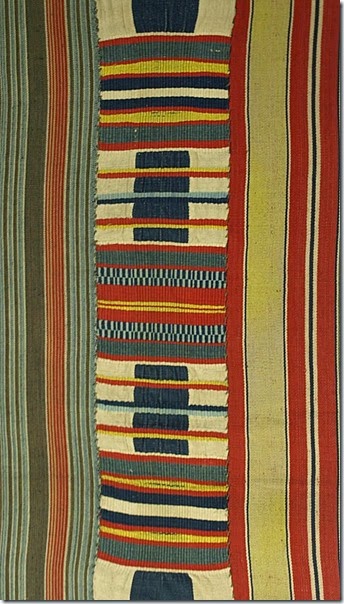 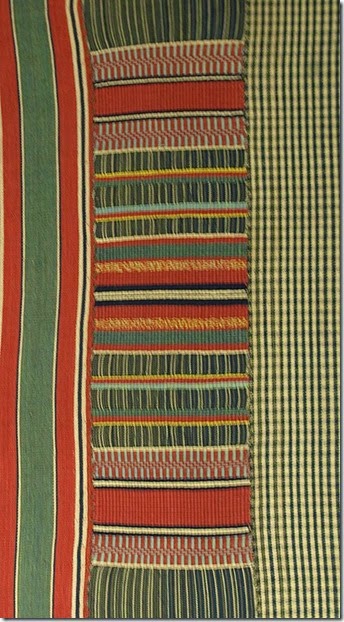 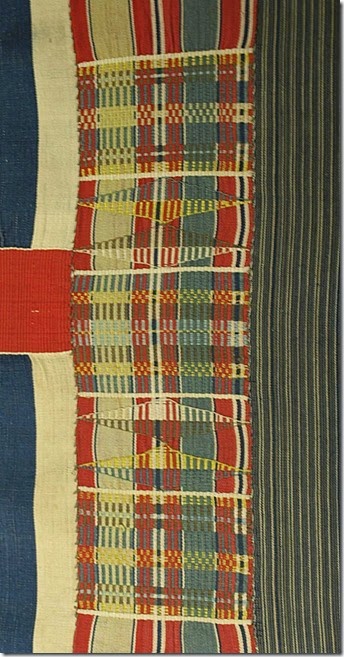