Some early images of Sierra Leone “country cloth” weavers, circa 1900. 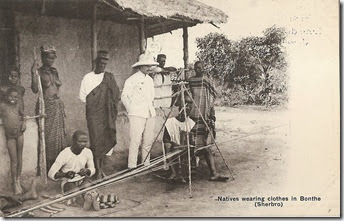 I recently bought the card above, a rare image published circa 1900, that I had not seen before (click the photos to enlarge.) It prompted me to review the other views of Sierra Leone weavers that I have gathered over the years. Most show the distinctive “tripod loom” used by Mende, Vai, Sherbro and other groups and found only in Sierra Leone and Liberia. Others show odd variations on the standard West African narrow strip loom. 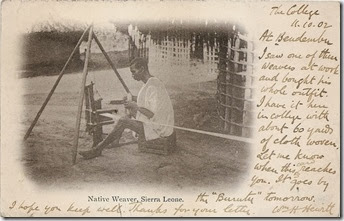 On this card, written in 1902 at Fourah Bay College, the sender notes that he saw one of the weavers and bought a 60 yard strip of cloth from him. 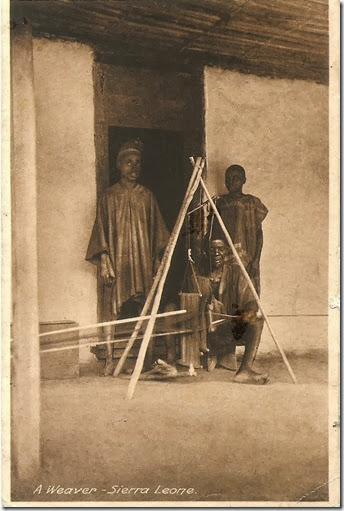 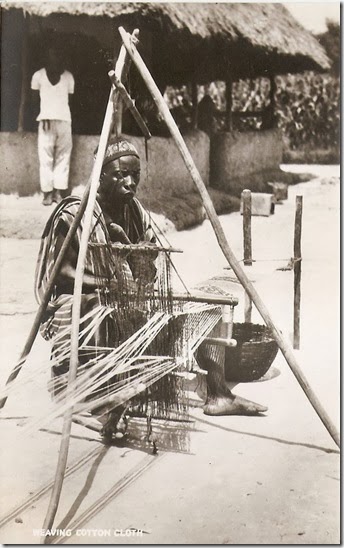 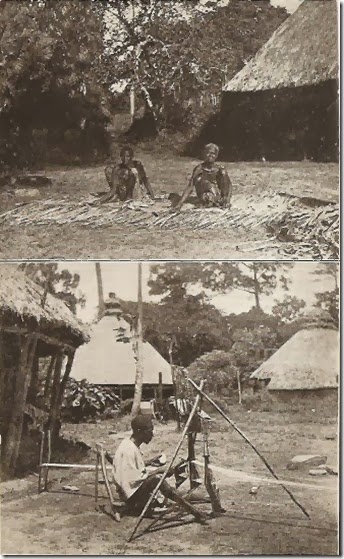 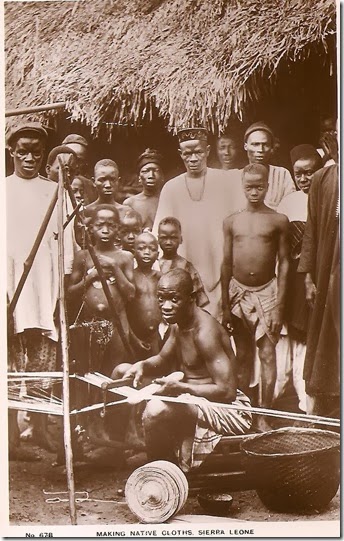 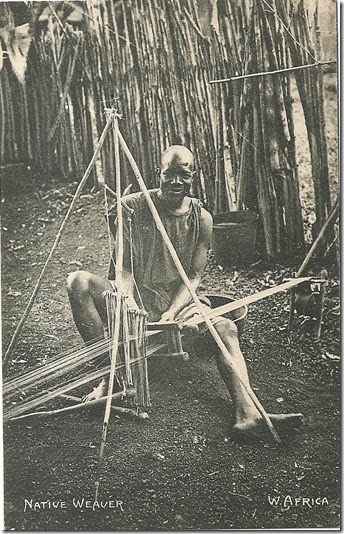 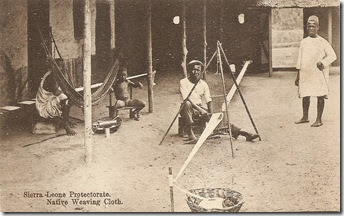 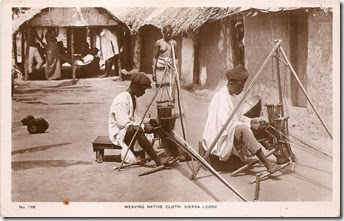 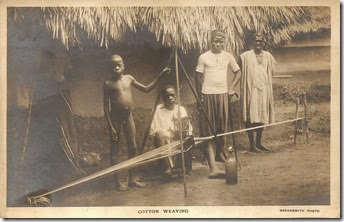 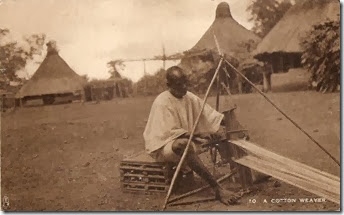