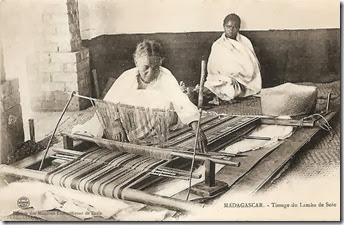 The latest issue of African Arts magazine (Volume 46 Number 3 Autumn 2013) has an important article by Sarah Fee of the Royal Ontario Museum that explores in considerable detail the splendid brocaded silk cloths of the Merina in nineteenth century Madagascar that inspired the 1990s revival and the recent well publicised spider silk cloth travelling exhibit. 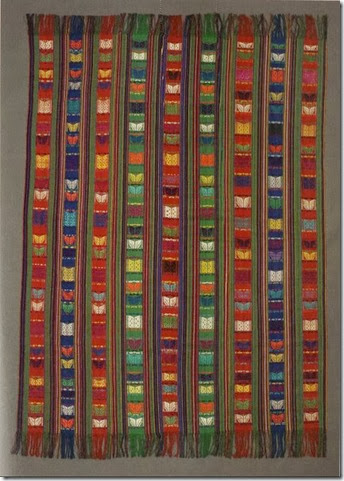 Drawing on both her extensive field research and a deep knowledge of archival sources Fee is able to situate this tradition in the wider context of both regional textile history and changing Merina society at the onset of colonial intervention. She argues that brocaded silk cloths rather than being a royal tradition with symbolic imagery deeply imbedded in Merina culture were a “short-lived elite innovative dress fashion” with only indirect royal patronage and that motifs were decorative and at first subordinate to an interest in striping. External influences were a major factor and of these it was the wider Indian Ocean trade networks, and in particular the import of Omani textiles that were predominant. 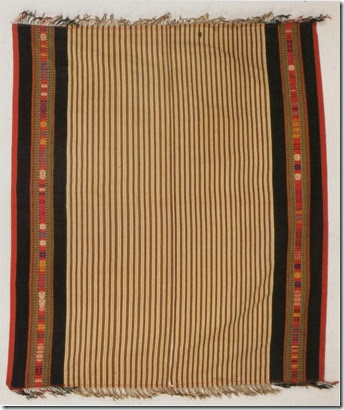 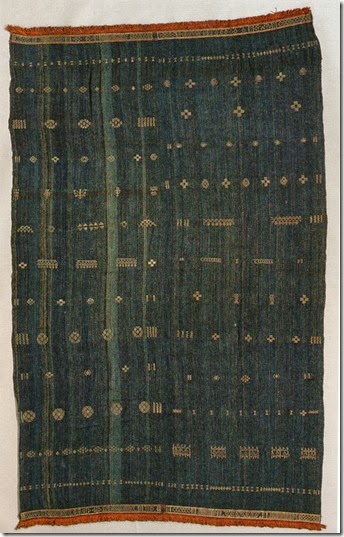 The cloth above represents a rare type within an older tradition based on indigenous wild silk thread. Covered in tin or silver beads, these high value cloths called mandiavola were associated with maturity, authority, nobility, ancestors, and the creator spirit himself.