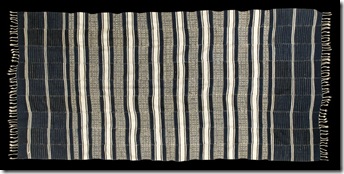 Superb early example of a style of nine strip blanket with nine rows of pattern that is called Uldebe among the Dogon, where it has an important and very specific role in the funerary and post funeral rites of high status men and women. According to Bernhard Gardi (Dogon, ed. Helene Leloup, 2011, page 180) each family would have one uldebe blanket that was used to wrap the body of any important deceased man or woman during funeral ceremonies, but then, rather than being buried with the corpse as was typical of funerary cloths in West Africa, retrieved and displayed in the courtyard of the deceased for six days as a focal point for homage to the dead. A very specific variant of the blue and white cotton blankets that were used throughout much of Mali, uldebe (also known as gamba) were woven only in a few villages in the district of Pinia. A Uldebe blanket was the sole textile included in the recent Dogon exhibition in the Musee Quai Branly, Paris. 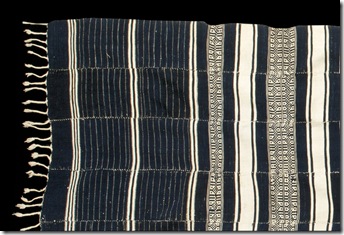 However this particular cloth was collected in a remote village in northern Ghana where Malian blue and white blankets have been prized in Ghana for centuries and were used for prestige display be chiefs (and therefore would not have been used at funerals !) This is an exceptionally fine and early example, circa 1920-40s, woven from hand spun thread throughout, and in excellent condition. More ordinary uldebe blankets are fairly easy to obtain and indeed still in use in Mali, but an intact example of this age, quality, and condition is very rare. Click here to see this cloth and others in our online gallery. 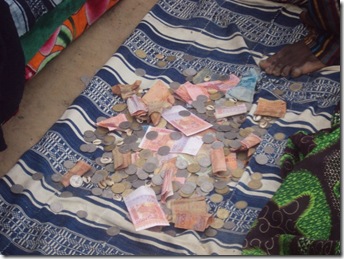 Modern uldebe used to receive tribute offerings at the installation of a hogon or medicinal specialist. Photo by Inogo Dolo, 2012. More details here 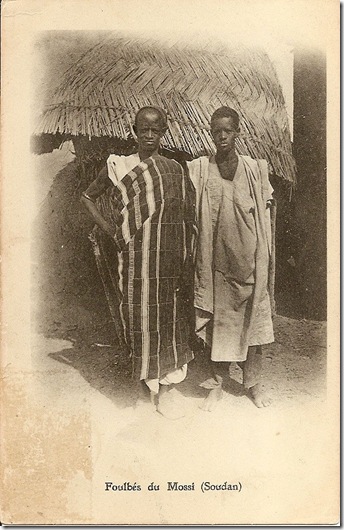