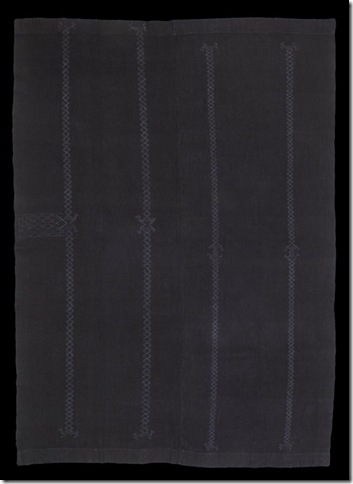 Today I am showing a group of three rare women’s wrapper cloths from a sub-group of the Yoruba people of south western Nigeria.  The Igbomina are a cluster of ancient Yoruba kingdoms centred around small towns and villages to the south west of the city of Ilorin in what is now Kwara State. Unlike Ilorin, which was and still is one of the major centres of narrow strip aso oke cloth weaving by Yoruba men, there were rather few narrow strip weavers among the Igbomina. Instead it was known for the wider cloths woven by women on the upright single heddle loom. As recently as the 1960s almost all Igbomina Yoruba households would have included one or more women weavers, producing cloths both for use within the family and for sale in the market. 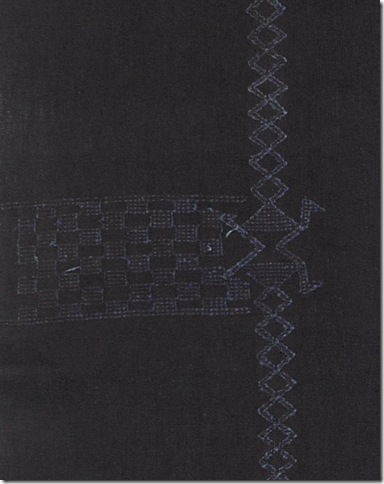 Although blue and white warp striped cloths woven from local hand spun cotton dyed with indigo were the mainstay of everyday weaving for Igbomina Yoruba women, as they were for most other Yoruba women weavers, there were also a number of more distinctive  forms produced as very localised variants within a pan-Igbomina tradition of prestige wedding cloths. These three cloths are fine examples of one such style. Called “elejo” or “owner of a snake,” the name refers to the elongated criss-cross pattern of supplementary weft float decoration which is the main design feature of the cloths, and is said locally to resemble the pattern on the back of a python. 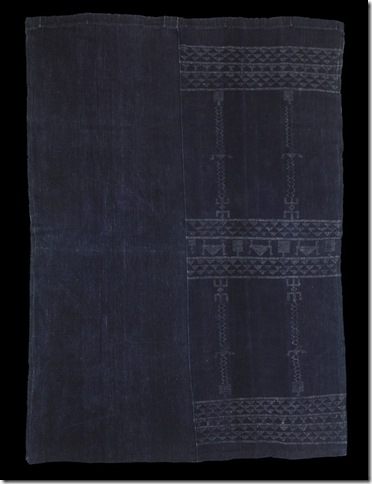 Found only in a small group of villages called Isin near the town of Oke Onigbin (“the hill of snails”) elejo cloths were the most prestigious and complex of a series of cloths that a woman would weave in preparation for her daughter’s wedding and would present to the bride as part of her trousseau. Only in the wealthiest families  or those where the mother was a particularly skilled and dedicated weaver was the elejo wrapper produced, others made do with one or more of the simpler designs. 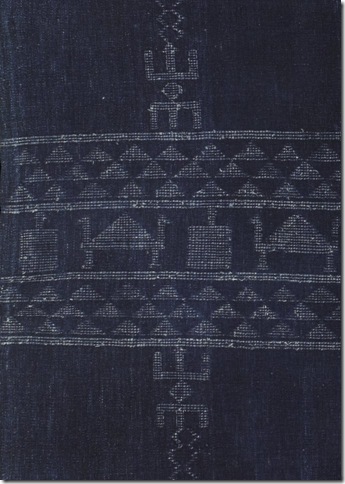 Woven from hand spun local cotton and dyed with indigo, these cloths varied in design, with some such as the above example combining the snake motif with others such as stylized animals and birds, the rectangular Koran board etcetera. They date from between about 1900 and 1950. 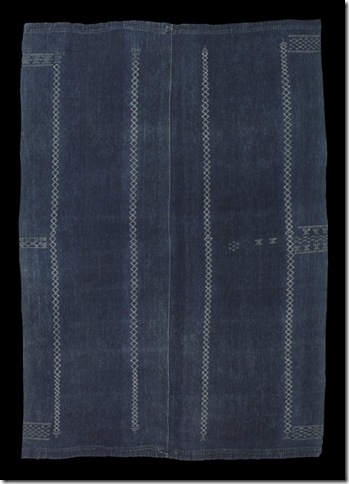 For all of them however the snake motif remained the dominant design feature, allowing us to distinguish these cloths from other styles of marriage cloth woven in neighbouring areas. In fact each locality, at least in this part of the Igbomina area, seems to have had it’s only distinctive variation on the prestige marriage cloth tradition. So far I have been able to identify only three or four of these through field collecting, while other styles I have found in markets remain to be pinned down to a specific geographical origin.

Click here to visit our gallery of Nigerian women’s textiles.